I am the host of Crypto & Things and I'm a huge social blockchain enthusiast exploring what I believe to be the next level of social communication.

I am the host of Crypto & Things and I'm a huge social blockchain enthusiast exploring what I believe to be the next level of social communication. 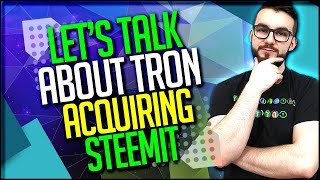 18
Scott
Let’s Talk About Tron Acquiring Steemit Tron has acquired Steemit and there is a lot of talk and uncertainty about the future of Steemit and what this all means. I’d like to share with you my thoughts on this and where I think things are headed. It came as a shock to a lot o 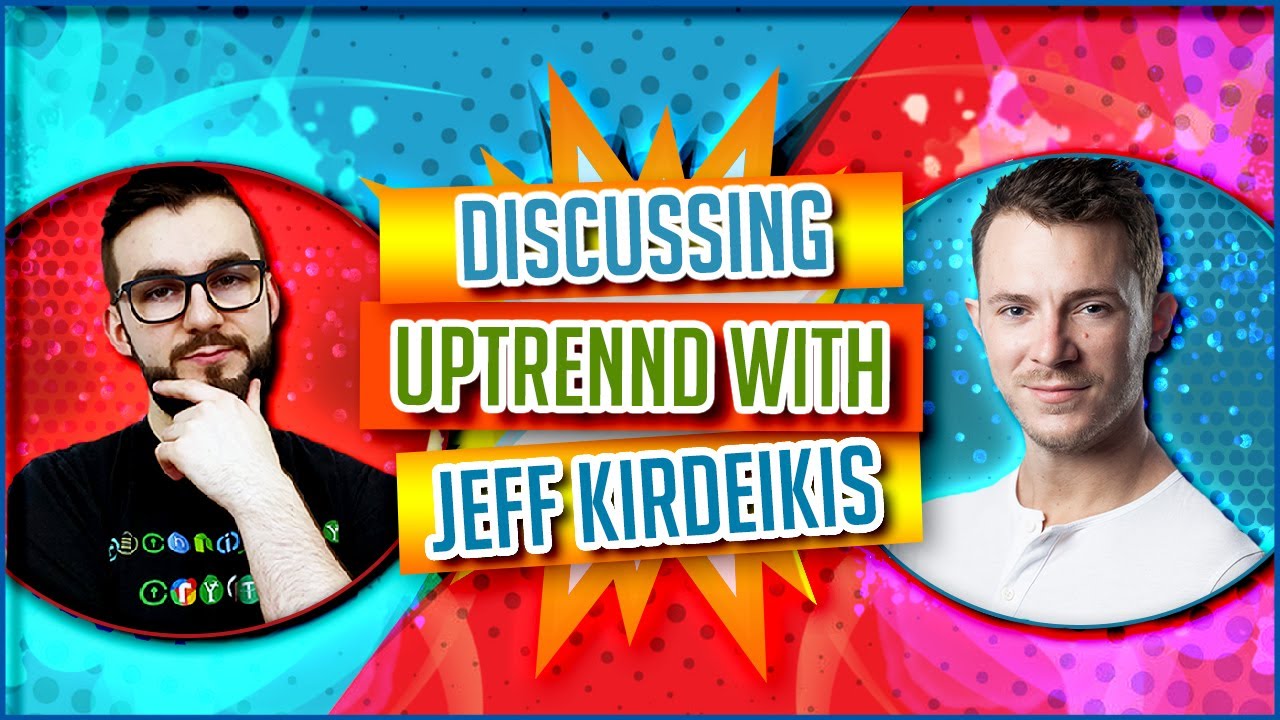 18
Scott
Discussing Uptrennd With Jeff Kirdeikis I recently sat down to discuss what Uptrennd has covered in the last year and what they plan to do in 2020 with Jeff Kirdeikis for a follow-up interview. We discussed decentralized systems and how they relate to data storage, freedom of spe 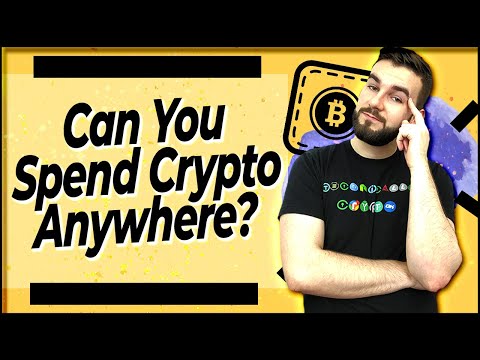 18
Scott
Can You Spend Crypto Anywhere? I’ve been looking for a crypto card solution to be able to spend at any point of sale or at ATMs in Canada and until recently have been unable to find one. Introducing Localcoin and Bitvo. I met both companies at Futurist in Toronto and was mo 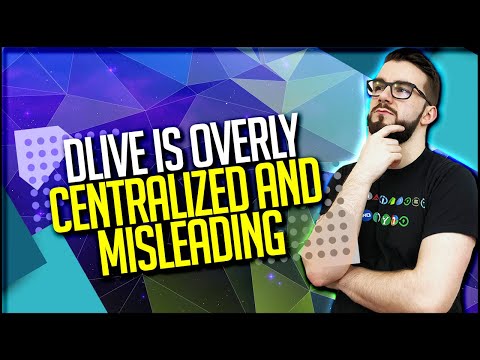 18
Scott
DLive Is Overly Centralized And Misleading Every time I have gone back and taken another look at DLive, it’s always more centralized than before. I don’t know what people are missing. Minimum withdrawals, ID to withdraw, huge purchasing fees, not listed on an exchange, pro-cen 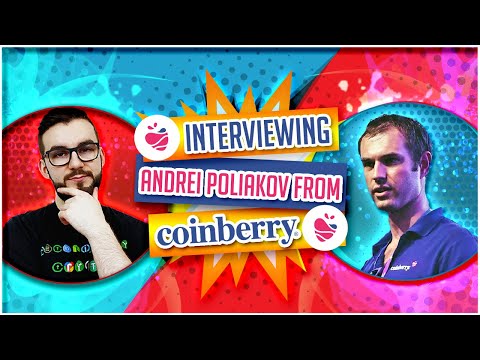 18
Scott
Interviewing Andrei Poliakov From Coinberry Coinberry is a FINTRAC-registered, digital currency platform based in Toronto, Canada. It was founded in 2017 and is trusted by tens of thousands of users. They claim to offer the safest, simplest and quickest way to buy and sell BTC, LT 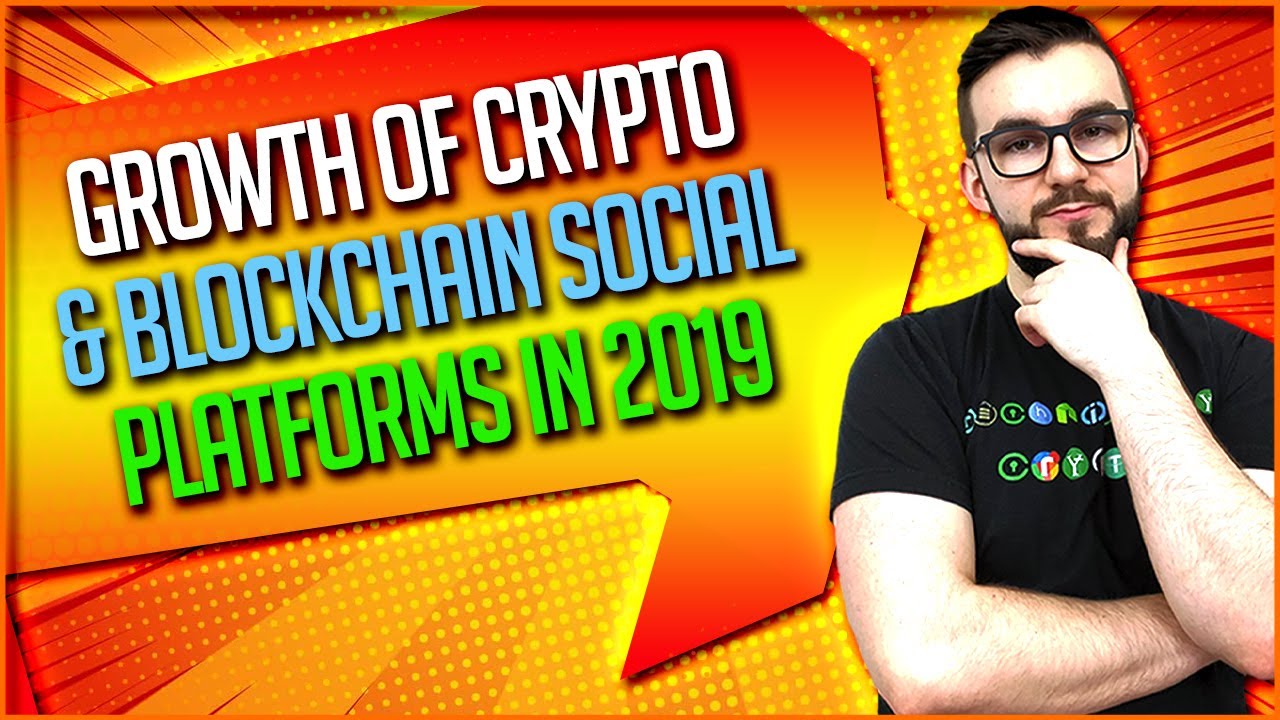 18
Scott
Growth Of Crypto & Blockchain Social Platforms In 2019 Hey everyone, today I’d like to go through the growth over the past year for both crypto-monetized and blockchain social platforms. Let’s compare them to get an overview of how they all performed and grew.I think this imag 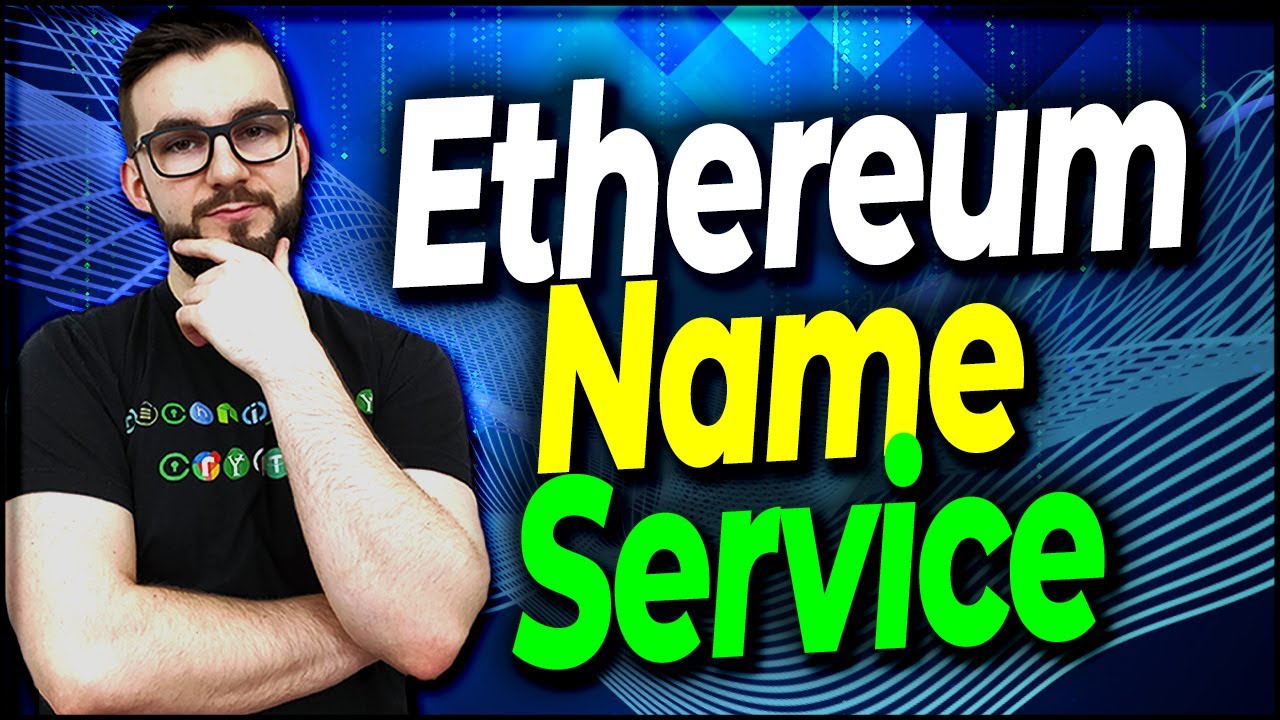 18
Scott
How & Why You Should Get An .ETH Address With ENS The Ethereum name service is an amazing project that allows you to purchase and set up a human-readable .eth address for people to send various cryptocurrencies to. ENS will handle all the transactions, all you need is one address 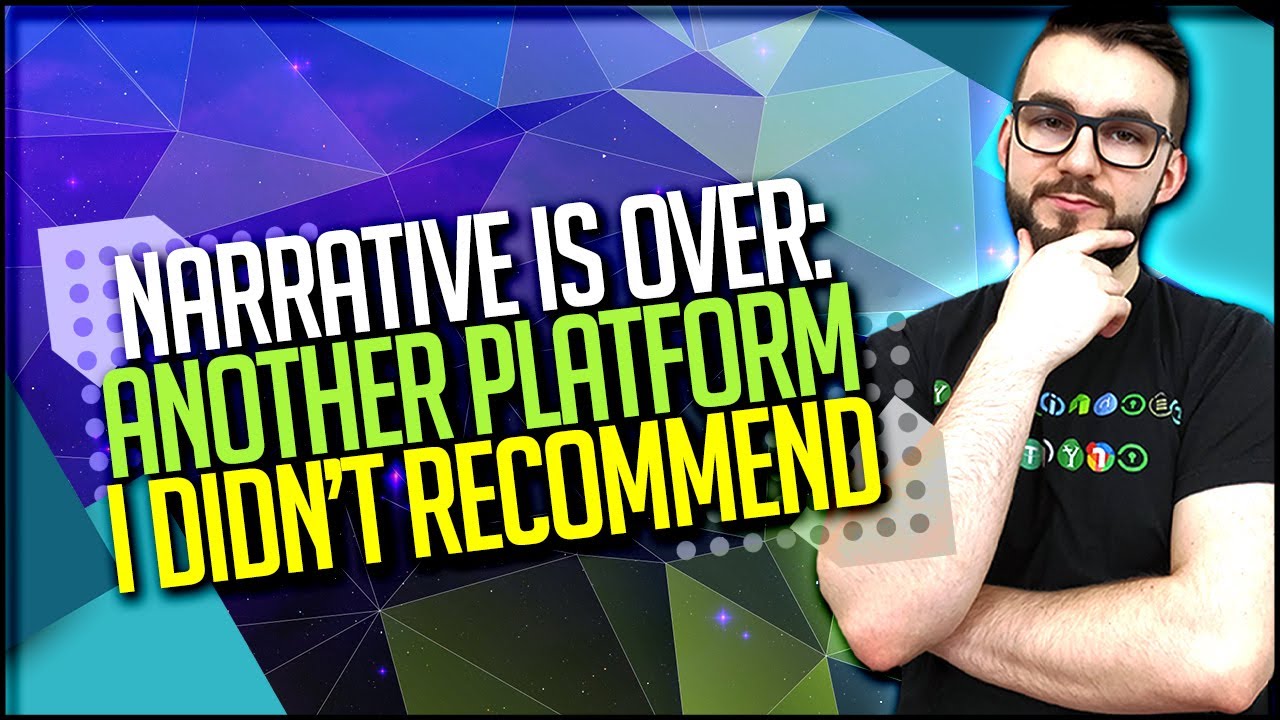 18
Scott
Narrative Is Over: Another Platform I Didn’t Recommend Wow. Narrative is shutting down. It was just last week that I finally decided to certify on the platform for better rewards which I did so reluctantly given they require you to pay via Paypal. Let me tell you why I think it 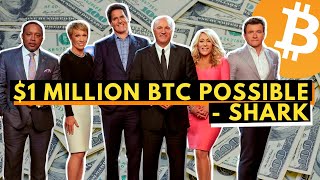 Bitcoin IS A GOOD BUY at CURRENT

BANANO Airdrop and Vote at Uptre

Dear Uptrennd community,First of all let me say that memes are for fun but after all a great way to remind everyone not to take things too seriously. The crypto revolution is exciting, and we should never forget that it also can be fun. Memes are the likely best way to get new people interested in crypto after all :). And we at BANANO like memes a lot.You might have seen the current Uptrennd vote finals getting quite some attention here. This has surely resulted in lots of new users joining here, which is great. In the light of recent events I'd like to share a recent statement I also posted at the BANANO discord server, which is where our community is most active. It's good that it's also visible to the Uptrennd community.Hi everyone, quick heads up regarding the Uptrennd vote:We'd like you all to know that we're thankful for all your support in this vote, and it already has given us lots of positive attention by the Uptrennd community without doubt. With the related airdrop to all Uptrennd members  we're showing our appreciation to everyone welcoming the BANANO community at Uptrennd. Thanks to everyone, you're awesome!Meanwhile it has become apparent that using fake accounts or bots to vote is allowed from Uptrennd and will influence the results drastically. While we have no control over anyone doing this we would like to emphasize that BANANO doesn't want to stand for a community vote that was won through exploits whatsoever. If that means we're losing this vote that's totally fine, don't worry. We're aiming for solid development and are growing nicely without winning this vote. So please refrain from cheating, and instead of spending time to get BANANO more votes we recommend to spend your time today in a better way, e.g. with your friends or family.  Enjoy your day and take care, I'll try to post a final update on this and other news here and elsewhere later tonight as well.For context, the vote that this is about can be found here and is still running for another 24 hours approximately. If you like to support us you're very welcome to do so, and you also should claim the airdrop (info below) to all Uptrennd users regardless for whom you voted.The announcement of the vote states 'Whoever receives the most votes in the poll below will win' and 'There are no other rules or ways to be disqualified.'We would like to note that we think it's not ideal that the Uptrennd team does not clearly oppose fake votes and votes from bots or fake accounts and instead states 'no rules or ways to be disqualified'. If you have a closer look at BANANO, you'll see that it's a unique project distributing all coins free and fair through faucets, giveaways and airdrops. While doing so, we are investing a lot of energy making BANANO distribution as fair and widespread as possible and avoid any exploits through bots or fake accounts.That's also one of the reasons why we always have emphasized and would like to hereby emphasize again that we do not endorse cheating whatsoever. It still is ultimately hard to tell which users from which project has tried to exploit a vote, however we just wanted to clearly state again that BANANO doesn't want to win this through any exploits. We thereby again ask all users to not try to exploit this vote by any means and keep it fair.Also, since we are feeling heartly welcomed by the Uptrennd community and after seeing many positive interactions between BANANO community members being new to Uptrennd and the Uptrennd community, we really like the idea to show our appreciation with our ongoing BANANO Airdrop to all Uptrennd users: Make sure you claim yours if you didn't yet:Here’s how you claim your BANANO Airdrop at Uptrennd1. Visit this post here at Uptrennd, vote for BANANO and comment that you voted for BANANO. Link (optional)2. Get a BANANO address if you haven't one. It takes one minute, just follow the steps here: https://banano.how(Options: Mobile wallet / Web wallet)3. Now just post your BANANO address (starting with ban_...) as comment below here.(If you did this before in another Uptrennd post please don’t repost your address, thanks!) 4. Consider joining the BANANO Community at Uptrennd if you like. We love seeing new faces!That’s it! Thanks for your support and attention!The airdrop claiming period ends March 1st, we’ll send you your share of the 100k BANANO prize pool shortly after!Let’s do it!What the Fork is BANANO?For those of you who don’t know BANANO yet, it’s obviously perfect to just read our brand-new animated, meme-rich and interactive Yellowpaper!BANANO is a cryptocurrency (forked from NANO in April 2018) powered by DAG technology — here to distrupt the meme economy. Yes, BANANO has memes! And also feeless and near-instant transactions, a highly active community, and active technical development! The BANANO community doesn’t take themselves too seriously, but we’re here for the long run and we enjoy what we do. A concise explanation can also be found here at Bitcointalk, or on our official website, and you’ll find help getting started at banano.how.See current BANANO price and market data at Coingecko. All current trading pairs and exchanges here.On top of this, BANANO is super easy to use and puts an emphasis on free and fair distribution and crypto education. Just try our slick mobile wallet called Kalium and get your first free $BANANO from one of our faucets within minutes!Join the Banano Republic!BANANO ($BAN) is a fee-less, instant, rich in potassium cryptocurrency powered by DAG technology disrupting the meme economy.Official Website: banano.ccYellowpaper: https://banano.cc/yellowpaper/Help getting started: banano.howJoin our social channels for updates & giveaways:Discord | Reddit |TelegramMedium | Steemit | Publish0xTwitter | Instagram | FacebookYoutube | Github | BitcoinTalkOverviews:BANANO News | BANANO links | BANANO events

This Is Why You Don’t Chase Green Candles!

This Is Why You Don’t Chase Gr

Dearest Uptrenndians,It has been a tough week for many of us.Nearly all cryptocurrencies have fallen 20% from their recent highs just a few days ago.Many of us bought in at the peak, worried that the rocket was taking off without us, only to wake up the next day 10% in the red.Could we have done something to avoid this? Was this predictable?YES!The markets were overheated, plain and simple. The RSI (a technical indicator) for most of the coins was through the roof! We had experienced 2 months of nearly uninterrupted growth, and were long overdue for a correction.There’s a saying in investing: never chase green candles.In other words, don’t buy into an investment AFTER it already experienced a brief period of rapid, parabolic growth. Let it cool down, and THEN get in.One of my friends tried to sell his Ethereum to me last week at about $250 per coin.I told him that it was overdue for a correction, but that I would buy it when the RSI was lower.Then it went to $260, and $270, and $280! I was starting to get FOMO!Thankfully, I followed the rule: never chase green candles. I knew a correction was inevitable...and here it is. ETH is trading around $215-220. If you were waiting to get in, this might be your chance! We shall see if it goes lower than this! Image source: Blockfolio App Screenshot

Counting My 1UP at the End of 2UP Tuesday

Counting My 1UP at the End of 2U

What an exciting event this 2UP Tuesday was! I hope this excitement stays with us until the end of the week.I can hardly wait until next Tuesday!Image source: https://www.thesun.co.uk/wp-content/uploads/2020/02/NINTCHDBPICT000503217906.jpg

What an exciting eve..