Get Your Favourite Project Free

Wow, the results of the Uptrennd submission thread were strong!There were over 1,600 submissions to win the massive free advertising package from cryptocurrencyinvesting.io!To determine the lucky winner, there will be two rounds of voting.Round 1 1) We will place a poll with FIVE of the top submitted projects.Winner advances to Round 2 in The Finals2) We will place a poll with THREE of the top submitted projects from the original twitter post, and TWO wildcards, again for FIVE total.Winner advances to Round 2 in The Finals.Wildcard entries will be determined by whichever project not listed receives the most comments in this Uptrennd thread.Winner advances to Round 2 in The FinalsRound 2: The FinalThe winner from #1 and the winner from #2 will go head to head. Winner takes all.Rules and Bonus PrizeRegardless if your project is listed in the polls or not, comment your favorite project name below and you will win 50 1UP tokens! This poll will be open for 48 hours. At which time, the winner of round one will be declared.Pool 1:EnjinTreosOnionApolloHydroPool 2:Banano HeliosFantomWildcardWildcard 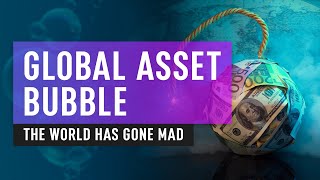 Uptrennd Meme -Why Be Average?

Uptrennd Meme -Why Be Average?

Uptrennd is not your "usual" social media.  Uptrennd is a "New Era" social media which rewards the vast, vast majority of earnings right back to its users.  Find out for yourself. ​Sign-up​​​ is fast and free, and you can start earning before you can say, "Uptrennd -Why Be Average?"​Sign-up here and get rewarded for what you're already doing.​​​#UptrenndMemeContest #Uptrennd #1UP

Uptrennd is not your.. 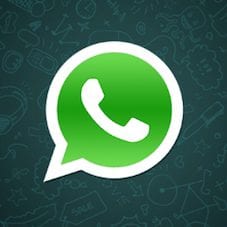 Can WhatsApp become India’s We

Ever since the Indian banking regulator allowed WhatsApp to launch its payments feature early this week, several have been hailing this as a move that could help the popular messaging app become a super-app in the country just like China’s WeChat.China’s eCommerce player Tencent started a messaging app in 2010, and later around 2013, extended the platform to its users for making digital payments to take on behemoth Alibaba’s payment app Alipay. Fast forward to 2020, WeChat has become the country’s super-app with users relying on it for making P2P transfers to buying food, rides, clothes, flight tickets so on and so forth. In short, it is multiple apps in one app.Failure of WeChat in IndiaWeChat, which entered the Indian market in 2012, wanted to replicate its super-app success in India too but failed miserably even though digital payments in the country started to kick-off around 2014-15 with Alibaba-backed Indian payments app Paytm ramping up its marketing activities. Besides, demonetization in 2016 helped boost digital payments, and several apps, including Paytm, PhonePe, Amazon Pay, Google Pay, Citrus Pay, and Mobikwik, entered the fray.There have been several theories around the failure of WeChat in India. First, many experts feel that India is not China and that the consumption pattern and behavior differs. Second, India is still a cash-dominated economy, and consumers are not heavily dependent on a single app. Third, Indian consumers are experimentative and are not loyal to any particular app. In short, discounts, offers, and an excellent user interface and experience are all that matters.Indians do not believe in one-app strategy Coming back to the argument, whether WhatsApp can become a super-app like WeChat in India. The answer we got is a big ‘NO’. IBS Intelligence spoke with several industry experts who are of the view that bundled-services are challenging to take off in this highly competitive market where technology is fast changing. Besides, some apps have already mastered payments to the country and are evolving.“I don’t think WhatsApp can become a super-app. Besides, I don’t want to hazard a guess on something that has not launched yet,” said a founder of a leading payment app without wishing to be quoted. The messaging app has over 400 million smartphone users in India and around 2 billion users globally.The banking regulator, Reserve Bank of India, has permitted WhatsApp to roll out its UPI-based payment feature in phases to around 10 million customers initially after the later agreed to comply with the laws of the land, including those involving data localization. For the uninitiated UPI or unified payment, the interface is an instant and real-time mode of money transfer among various bank accounts done through a VPA (virtual payment address), e.g., [email protected] or [email protected] so on and so forth.Mandar Agashe, Founder of FinTech Sarvatra Technologies, said, “No doubt, WhatsApp’s entry will be game-changing. There will be a great convenience factor, but it has lots to catch-up though it is the most used app. It will be interesting to see what all features WhatsApp adds to its platform.”He further argued that while banking apps are the most secure mode of payments, they are not the most common mode for making small-ticket transactions. But players such as Google Pay and PhonePe have cracked the market in the P2P and P2M (person to merchant) space also.To this, Navin Surya, Chairman Emeritus of Payment Council of India, and also the founder of digital payment app ItzCash, said, “WhatsApp has the potential to drive and make P2M transactions as high as P2P and lead the same within the ecosystem. It would drive real cash transactions to digital.” However, he did not want to comment on whether WhatsApp can dominate the segment and kill the need for other apps.It wasn’t only WeChat that tried or WhatsApp that aims to be a super-app. A player such as Hike, founded by Kavin Mittal and backed by Tencent, also made an attempt that backfired. Hike, with over 100 million users, offered messaging, news updates, digital payments, and cab bookings all bundled into one app. However, in early last year, Mittal announced its plan to unbundle the services.Another Indian app JustDial, which started as a hyperlocal search engine in 1996, launched payments last year to become a go-to app for all needs. Softbank-backed Paytm, which started as a P2P payments platform, launched a chat service called Inbox. However, these added features have not taken off. PhonePe and Google Pay instead have the maximum market share in payments, while WhatsApp dominates the messaging space, and Paytm has the lion’s share in the merchants’ payment space.Gaurav Tiwari, a FinTech expert who has led various digital payments initiatives at HDFC Bank and Reliance Jio, was of the view that Indians are value-conscious consumers and will always keep looking for options providing the best value.“While cashback and offers provide value for some, for many it could be ease of use, ease of access, language, data connectivity, etc…,” Tiwari said. He added, “…as technology is evolving each day, there would be someone along the road who will come up with something disruptive and extraordinary tomorrow.”Arguing on the concept of super-app, Tiwari added that Google has the potential to become one but it has been running each business separately and has not attempted to consolidate them all. Besides, all the experts were of the view that while in China, the consumers do not have many options, but Alipay and WeChat, India has plenty.By Priyanka PaniPriyanka is a Senior Regional Correspondent (Middle East and Asia) at IBS Intelligence.

Ever since the India..