Thomás does not know or understand anything about technology and the Windows operating system on his PC is stopped, so he calls his friend Juan, who is a systems analyst, on the phone and asks: 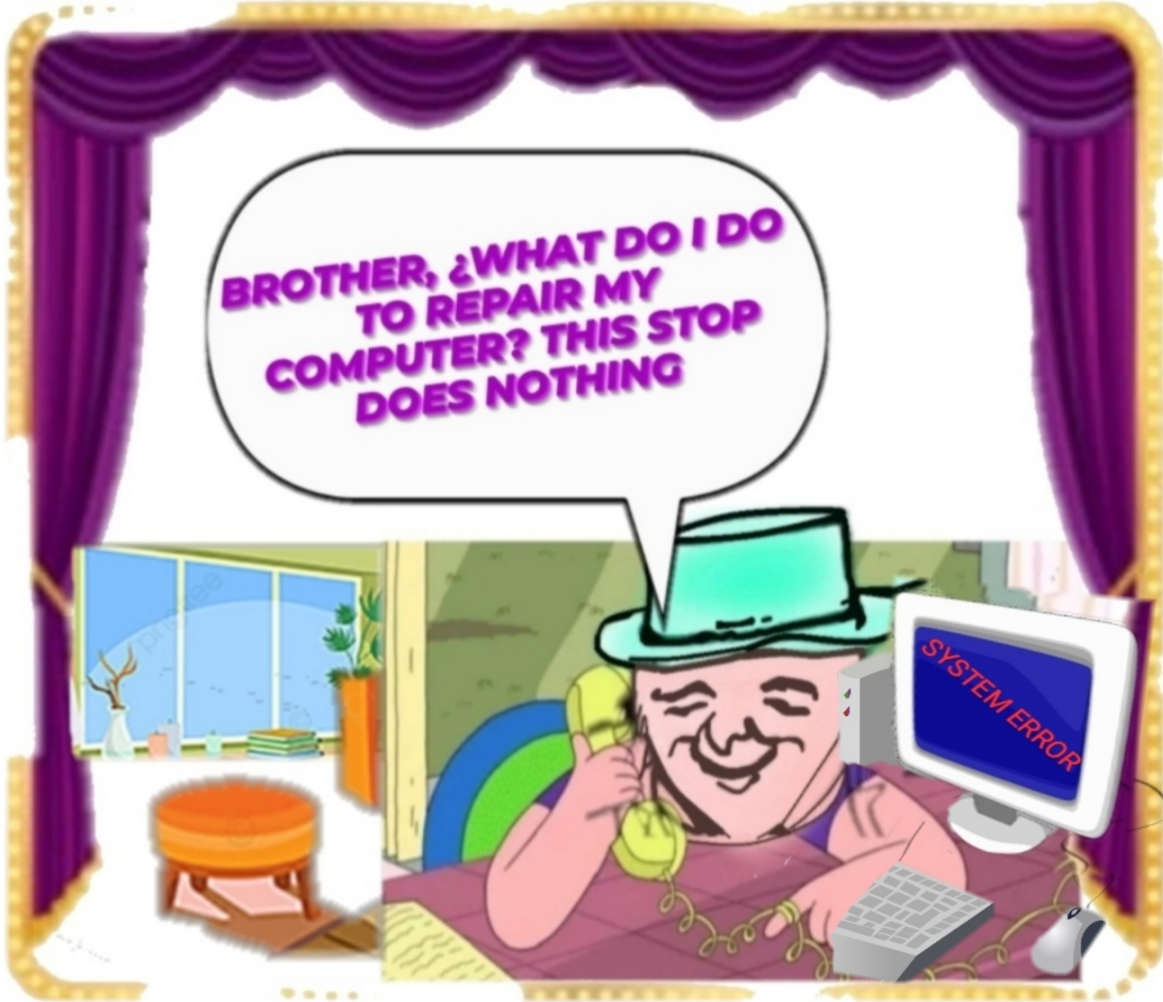 Close the windows and open them several times, while I have time to get to your apartment to help you, best friend.

But Thomás doesn't know anything about what his friend is talking about, and he is surprised but without asking hehe.

​He gets up from the desk chair and goes and closes and opens the windows of his apartment, the neighbors see him doing that and they are amazed and they comment among themselves if Thomás is going crazy or something like that! 😅🙄🤔 Hahaha. 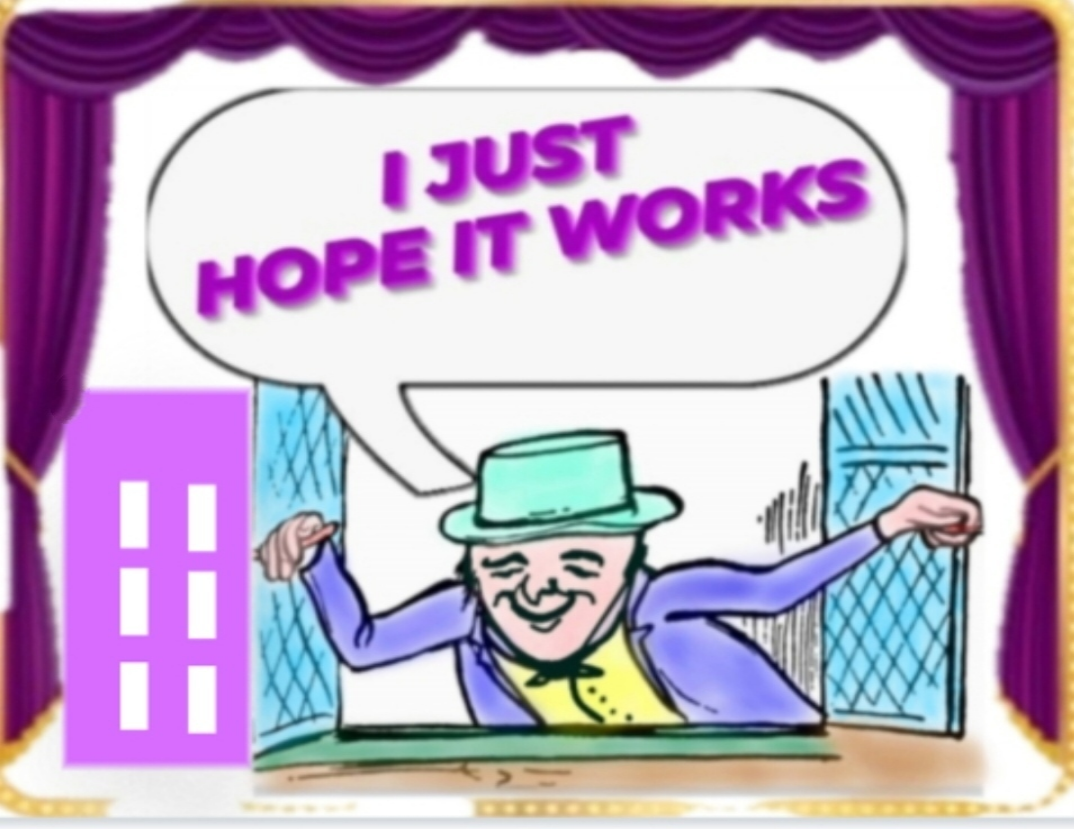 Next, the friend has been arriving at the apartment of Thomás, and when seeing that the door is open enters. 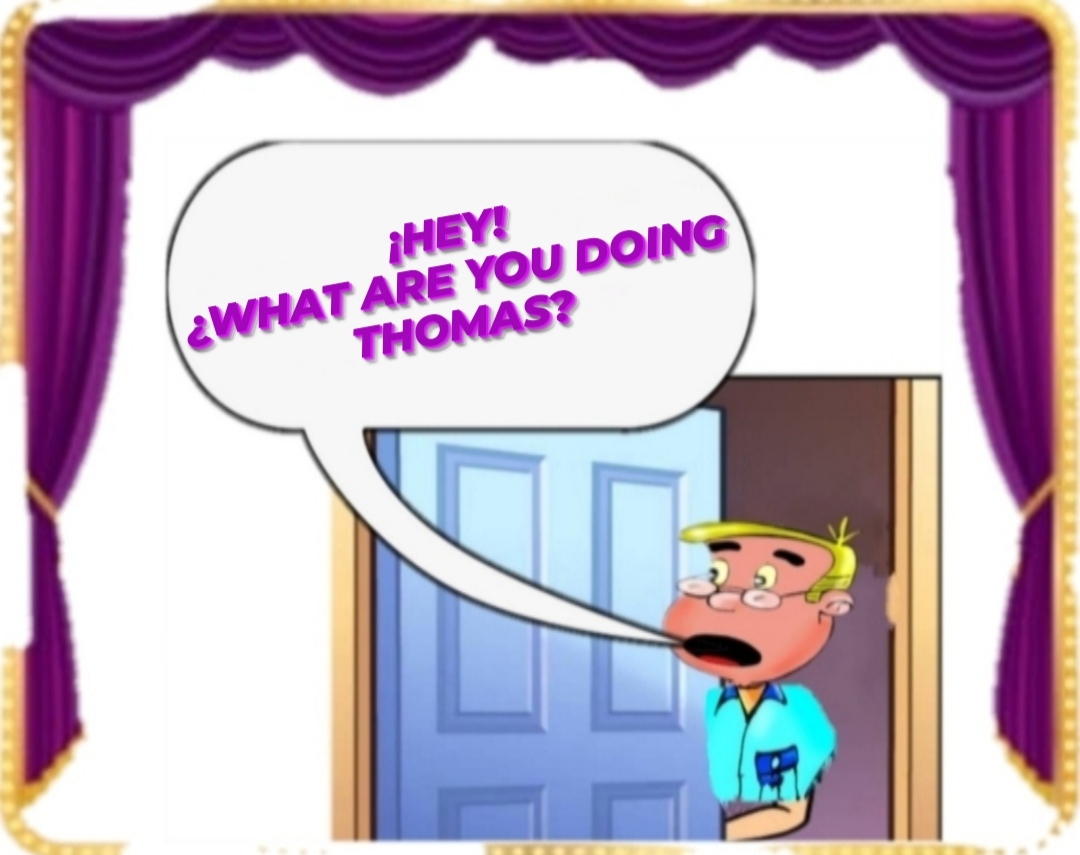 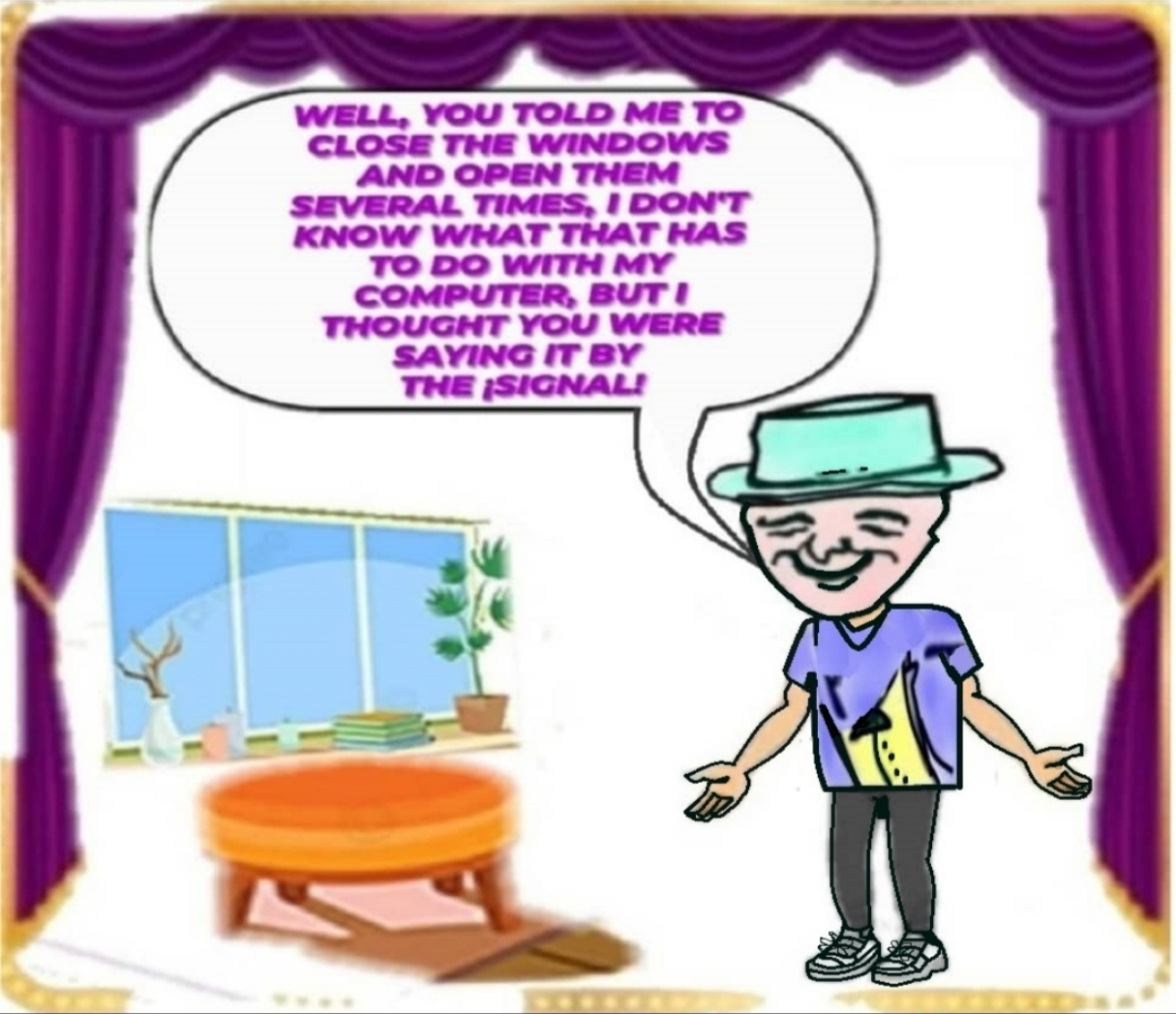 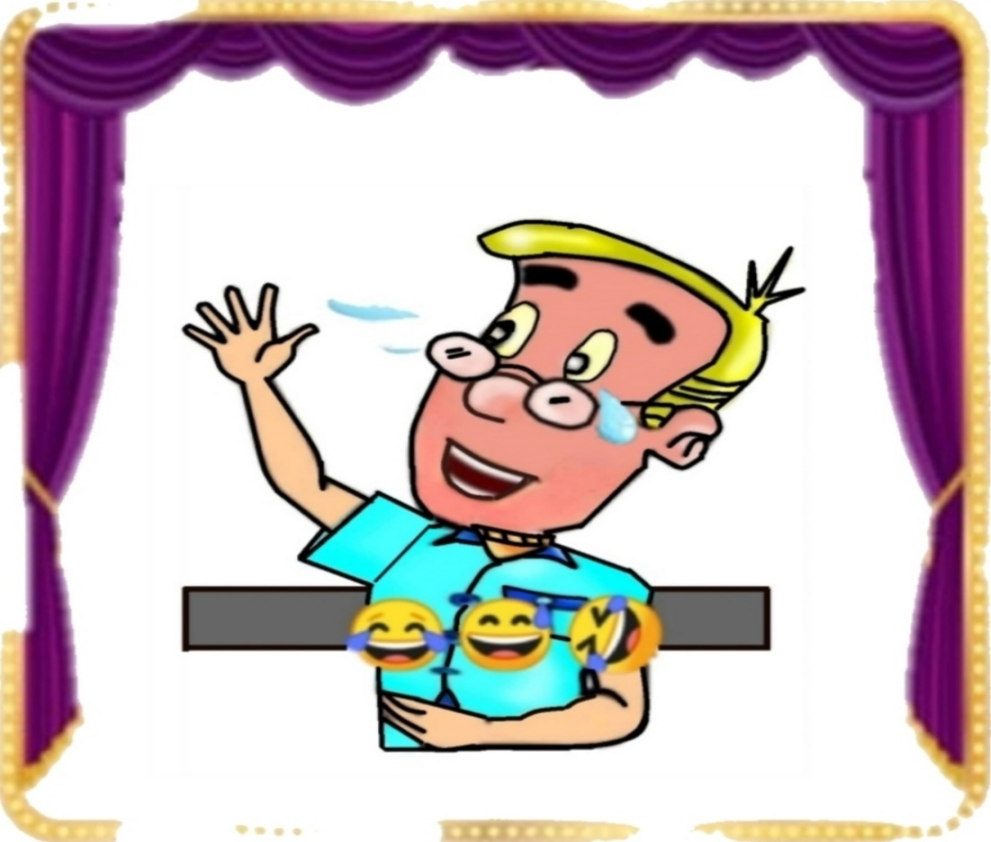 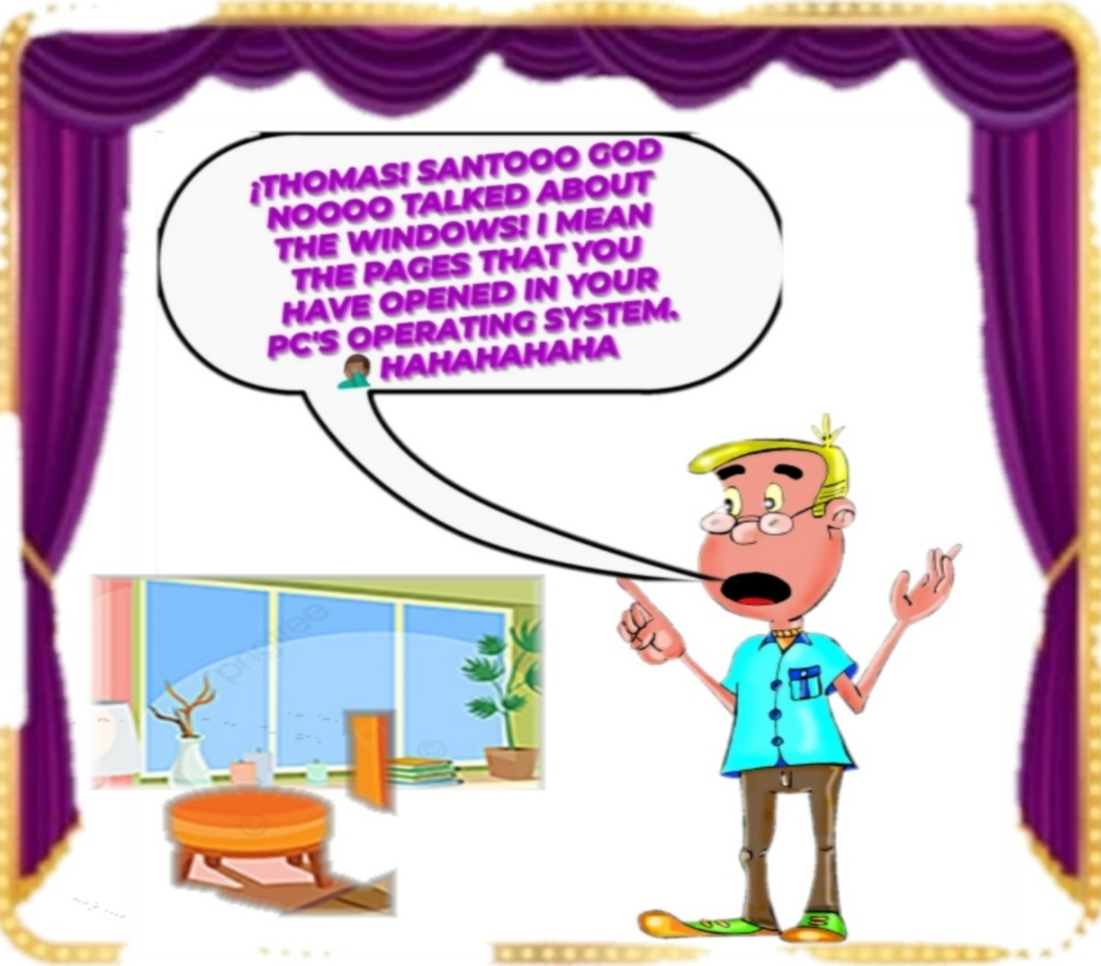 "Literally sometimes I think something like this can happen" Hahaha.

✓ Moral, when you help someone, either because of something they need to know,
Ask him if he understood or if he is missing something else for the person to say if he has any particular question, ️🤭🙄🤔 hahahaha.

I used 4 images from Pixabay and made edits with GIPHY and an image editor, you can find the images at the following links:

Hahaha I don't think so, it would be very exaggerated if you are actually like that hahaha.😅😁😉🤭

Hahaha! This is really funny. It is not good to be a novice in technical things. But is there anyone on earth who can read and write who does not know about the windows operating system?

Hahahaha well I really don't think so LOLOL. But I think my creativity is beyond the limit of normal hahahaha I'm crazy.😅🤭🥳😜

Hahahahaha 😂😂....this is a very funny story ... indeed nobody is perfect but we should always ask questions for correction

Hahaha yeah well I created a weird joke, I thought it wouldn't work. But I see that if hehe.

Certainly no person is perfect. 😃

This is a very funny story, you have puts lots of time and effort into this I can see, it's great. 🤣

Thank you my buddy Kris. I have been working very dedicated and passionate for Uptrennd and all the Uptrenndianos, I keep improving to give them the best quality of my creations.

-Hehehe! It's really funny na ha? We really need to elaborate more some ideas or thoughts that we are sharing to others hehe..because this might lead to misunderstandings hehehe! Nice one!😂

It is true that hehe