Another week and another Share Your Battle Challenge to join playing the Splinterlands game. This time, it's the Common Neutral Mantoid card which gets highlighted... 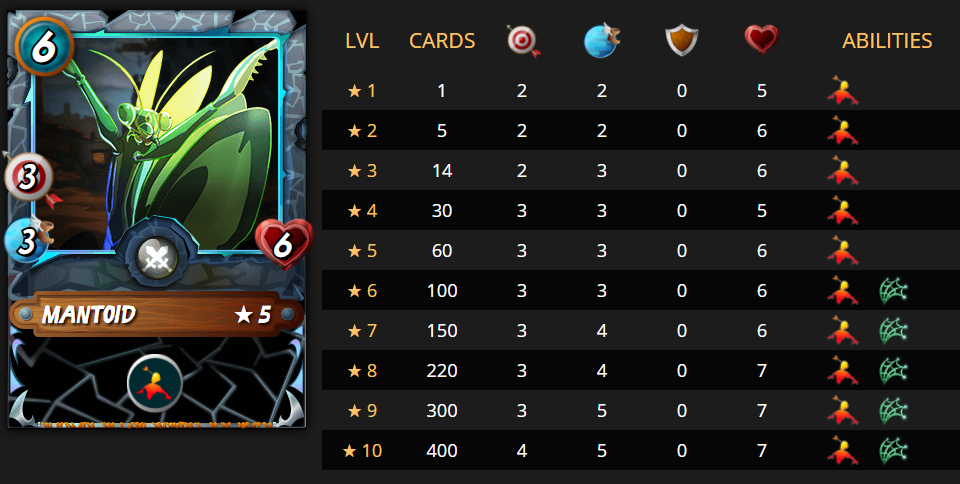 What can I say about this card aside from that it's a useless underpowered filler card designed to fill up untamed packs and increase players their collection power score. There are multiple cards with practically the same stats that cost 2 mana less which makes it so that I can't ever recall having played a match where an opponent played it and I never bothered to level this card up myself. The game already has 337 individual cards that are different with many of them being filler cards like this that nobody ever uses. I do think the pace of printing new cards is way too fast with 5 different sets already while only having 5000 daily players of which around half are bots. 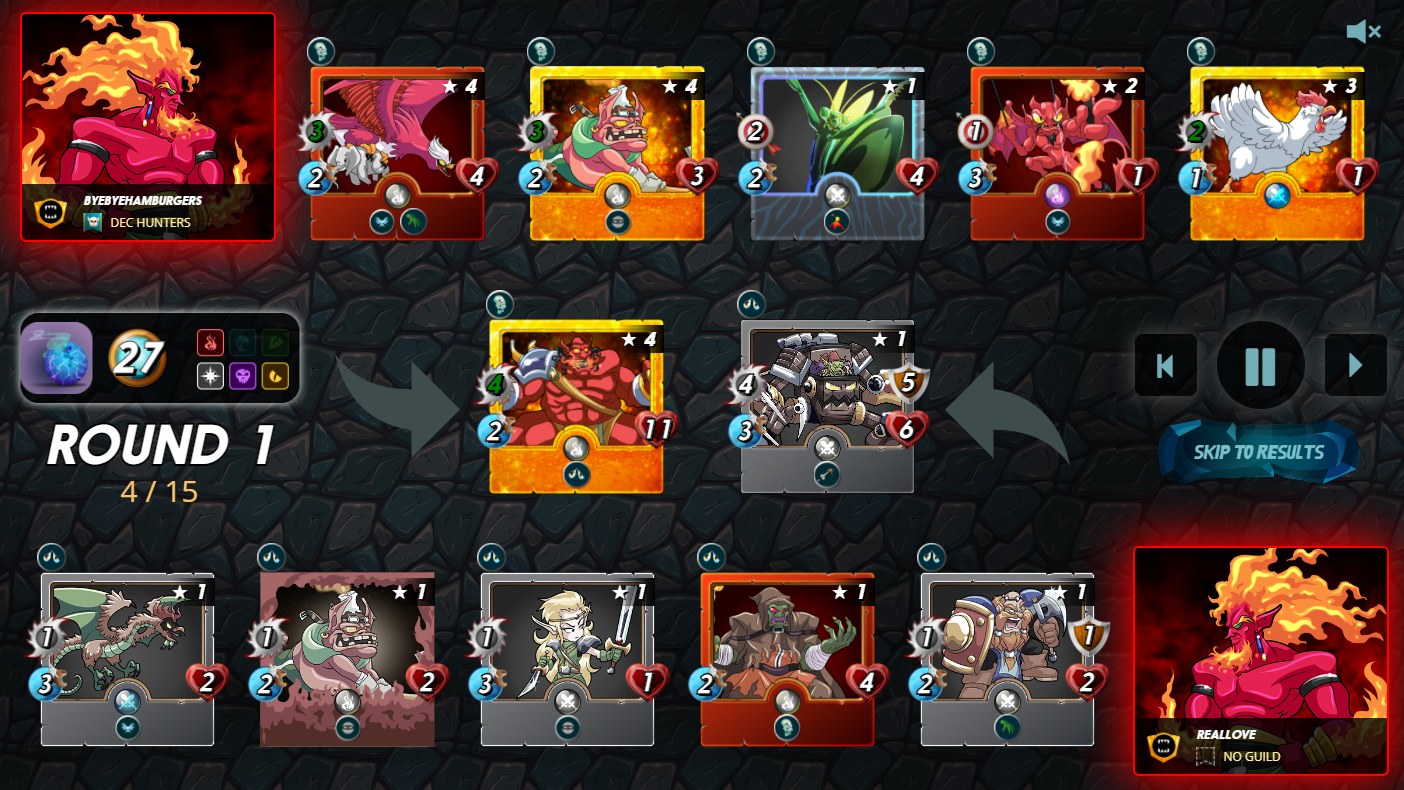 I am fighting with my main account for a top rankings spot and a win brings in 3 points while a loss drops me 30 points which makes it impossible to play garbage cards like the Mantoid. So I played a game on my 2nd account where I barely complete the daily quests let alone grind down my capture rate these days. I've been complaining about the game and how all the fun is being taken out of it which again gets shown in the first game I played with the Mantoid. as I got matched up against someone with a Level 1 account which made me win despite putting up a really bad line-up myself. The No Magic Attack rules allowed to play the Mantoid somewhere in the backline. The Molten Ogre tends to be good on this rule as 50% of the damage options from the opponent by default get limited. The Giant Roc with reach ability followed by the 2 Mana Kobold Miner both benefited by the 1 Melee attack summoner bonus and the Imp Bowman along with the inevitable Golden Furious Chicken provided a way to absorb some sneak damage. 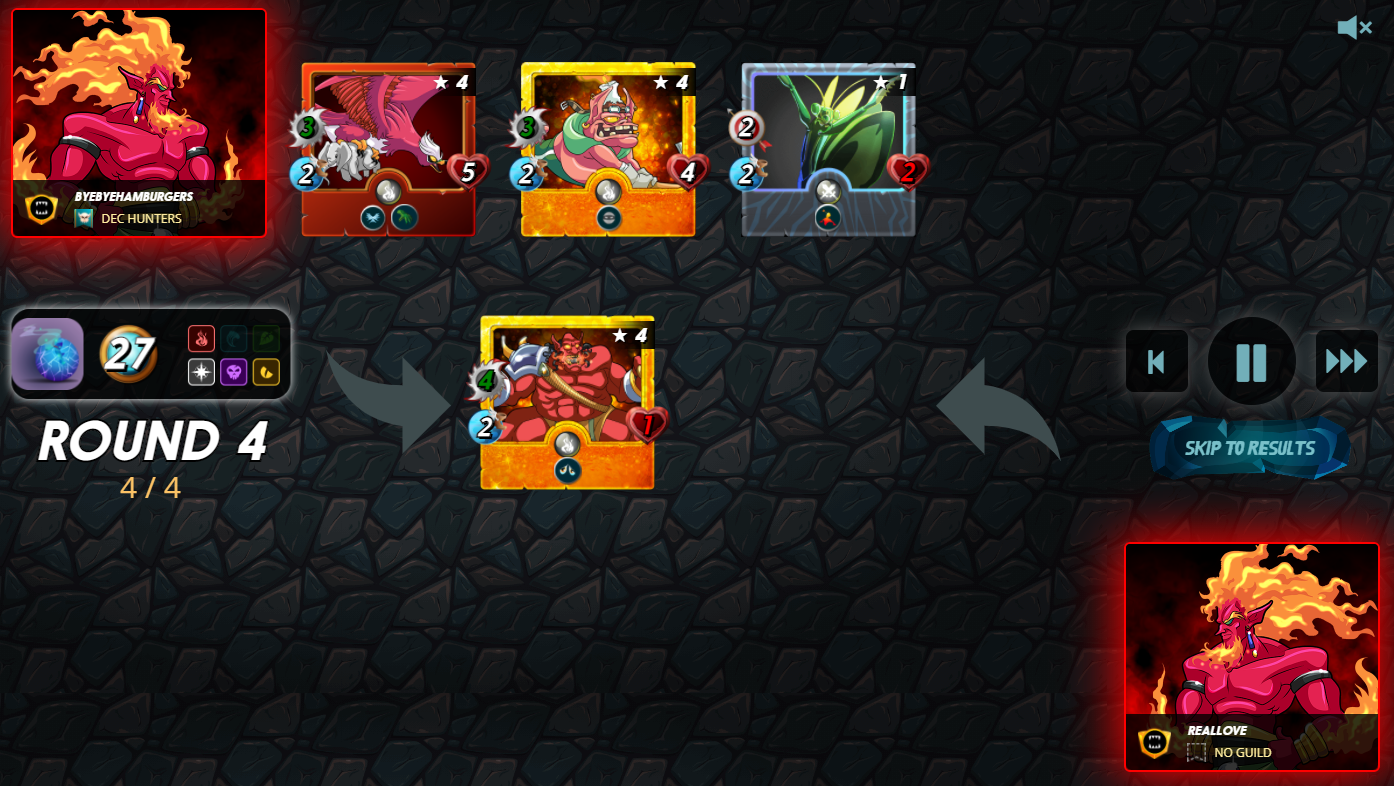 The Molten Ogre was a key card in this battle which the opponent always was going to have a hard time winning as the difference in card levels was just too big basically handing me the win because I paid more. I still haven't seen any reasonable argument why something like this should be acceptable for a game and continue to lose hope as time passes by.

JOIN THE CHALLENGE
All Splinterlands players are free to join this Weekly Challenge (regardless of your rank) and will get rewarded by the team with Upvotes on Hive. If you haven't tried out the game yet, this is a great opportunity as it allows you to earn back the 10$ Price of the Summoner's Spellbook you need to get your Hive Private Keys after creating an account, share in the game rewards, get Daily Quests, join tournaments, Earn DEC for each Ranked Win,... 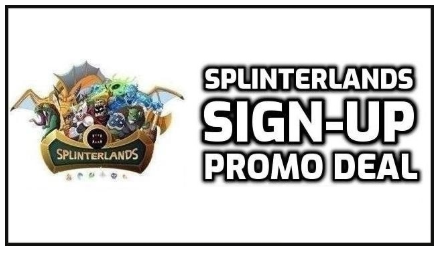 For now, I continue to offer a win-win deal to everyone who tries out the game using my Referral Link. I haven't seen anyone else doing this so I guess the best possible way for those who want to get into the game is by using my link. To see the full deal I'm offering for the month of December, check Full Sign-Up Deal.

To see what can be expected in terms of earnings from the Splinterlands game, check my monthly earnings reports.

Important: Treat games in the first place as games and not as investment opportunities, Splinterlands allows you to earn some money and get good returns but you are much better off flipping burgers in Mcdonalds when looking at the money earned for the time invested. Investing also comes with a risk of card values going down.