People Who Have Become Rich Thanks To Gambling

As you sit at the blackjack table or in front of the slot machine, you may be wondering, does gambling ever pay off for anyone? And the truth of the matter is, as risky as gambling is, it really has made some people very rich. But the casino games which have led to people becoming very rich may surprise you.

Perhaps the most famous casino game which is filled with a number of Cinderella stories is the table game, poker. The reason poker, more than almost any other game, has the ability to make you rich is because it is a skill game in which you are playing against other poker players instead of playing against the house.

Annette Obrestad is famous because she started her online poker career when she was just 15 years old. What’s even more amazing, is she claims she never deposited a single time, but rather would only enroll in free online poker tournaments. From September 2006 to February 2007 she won over $500,000 on PokerStars, $200,000 on Ultimate Bet, and $136,000 on Full Tilt Poker. Of course, Annette was too young to legally gamble in the United States so she had to keep her live tournaments to those which were played in Europe. Qualifying in one of these tournaments led to her playing the World Series of Poker in Europe, which she won, and took home over 2 million dollars at just 19 years old. 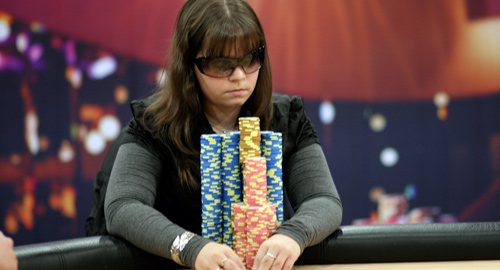 Another poker success story is that of Peter Eastgate, who also began to play poker at a young age while he was in university. He found he was so good at it, that he ended up dropping out of school to pursue poker full time. This led to him eventually playing the $10,000 World Championship No Limit Hold’em Main Event in 2008, which he won. He basically became an instant millionaire, leaving the tournament with just over 9 million dollars in his pocket.

Of course, one could go on all day about all the poker players who have found themselves in rags to riches stories thanks to their skills. But if you don’t have the ability to play poker, does this mean you don’t have a chance? Of course not! Surprisingly, after poker, one of the number one ways people have found themselves becoming rich is in the practice of sports betting.

Matthew Benham started out as a lowly mathematician, but then one day, noticed that the game of soccer had a lot to do with statistics. He began using his algorithms and math skills and applying them to bets he would make at the sports book. His math was so on the spot he quickly began making enough money to make bigger and bigger bets. Today, he owns a company known as Brentford FC and is worth millions of dollars. When asked in an interview how he did it, Benham admitted that he wasn’t flawless, and though he had the math behind him, he often made mistakes while betting. But he says he kept with it, and eventually it paid off.

Now, you’re probably thinking that you don’t know high level math to put you ahead in sports betting, but this isn’t the only kind of sports betting out there! Jonas Gjelstad is another sports betting success story who started betting on games when he was just 4 years old. In fact, his first sports bet (facilitated by his father of course) was only 2.50 pounds. As his winnings grew over the years, so did his bets until at one point, he won over $1 million in a single year. He is now worth millions and owns his own company which helps teach other people how to sports bet.

Another sports betting success story is Billy Walters, who bet his paper route money on the New York Yankees in the 1955 World Series. Although he lost that particular bet, this was the beginning of a new world for Billy who continued to bet money on sports regularly. He continued to have average luck though, winning occasionally, but frequently losing, until he hit his mid-thirties. That’s when he finally began to win some big bets and the rest they say, is history. As of 2014 Billy Walters is worth a staggering $100 million USD. 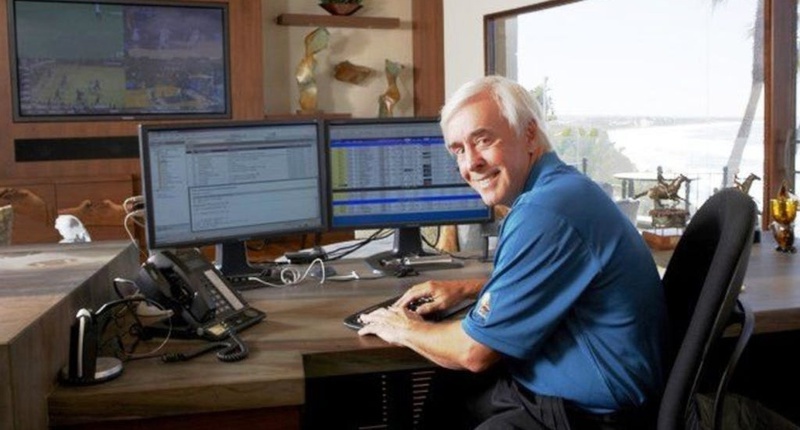 Believe it or not, Blackjack is another game which has quite a few success stories. One of the most famous is Zeljko Ranogajec, who was born in Australia to a family of Croatian immigrants. He began playing Blackjack when he was in college and quickly learned how to count cards while he played. Starting with a bank roll of only a few hundred dollars, he quickly turned this into millions over the period of a couple years. Eventually, he also branched out to play Keno, and bet on horse races. But in interviews, he still attests that he won most of his millions thanks solely to Blackjack. According to the Australian Financial Review, Zeljko Ranogajec is currently worth over $600million Australian Dollars.

These are only a few of the thousands of gamblers who have made it big over the years. And this means there’s definitely a possibility that you could be the next gambling Cinderella story. You just have to have a little bit of skill, some luck, and some provably fair gaming to get you started. Although only poker, blackjack, and sports betting was covered in this article, every day in Las Vegas you hear the stories of people making big money as they win on spins of slots, at Bingo, and even at Keno, so you never know which may game may be the one which takes you to the next level and makes your dreams come true.

Also, the world is changing. As demonstrated in Annette Obrestad’s story, the world of online gambling is quickly growing to prominence. And with it, comes new casino games which can be comfortably played from home, as well as a whole new way to possibly win millions of dollars.

This article was brought to you by the provably fair Bitcoin Dice Game on MintDice. Originally posted on the MintDice Casino Blog.

When winning depends on skill it is not gambling, I gamble with video poker and that requires no skill, it all depends on how the machine is working, and I think these machines are crooked anyway, so in reality my chances of winning are very limited, I do it mostly because I enjoy it and never lose much as I don't bet much. Now pool is a game I used to play for money and I was good at it, mostly I won, but I never bet big so I can't say I made a living off of it.

Interesting stats. I consider myself a pretty good sports gambler. If you check my posts you can see my last year's picks and profits. Hope this year I'll make more.

I'm the other sort of sports gambler. ;o)

you should have followed my posts from last year. you could have changed sides

I've only just joined - do you give tips then?

I used to, hoping I will get some followers and likes, but I was dissapointed with the results, so I didn't have an incentive to post them anymore. I had a poll to see if there would be people interested in this kind of posts, nobody showed any interest.

It is nearly impossible for me to become rich with gambling.. I believe you should have strategies and you have to use them %100.. And i know Billy Walters.. He is a real legend about betting!

Yeah, have to have the golden touch / smarts to make it. Most can't. Glad to hear you know some of the greats ;)

So does mint dice offer free poker money when you sign up?

I just changed my plans. Forget this teaching nonsense. I want to a poker millionnaire.

It has a faucet, yes.

The relationship between cryptography and gambling has a much longer history than most may think. In fact, the very creators of RSA encryption also worked on a concept called Mental Poker - which set the stage many decades ago for what was (and is) to come. They had amazing foresight, which we should all work to incorporate into our thinking. More recently though, heavy-handed regulations have driven much of online gambling into a gray-area. This has allowed cryptocurrencies a rare worldwide opportunity to prove that they can not only serve an industry well, but become a dominant force due to their significant inherent advantages in an increasingly digital world.