Hi everyone! Have you been able to catch your breath after reading yesterday’s August 2020 update? Great! Then let’s catch up on news from September at Parachute and ParJar. This was another milestone month for us with some key developments and partnerships. In case you are just starting to read the updates and have missed the last couple of reports: “…I thought it would be best to club all the Parachute news into monthly reports and publish them back-to-back over the next few days to catch up with the latest…For a change, we will be focusing on Parachute ParJar news alone in these monthly reports. Because if we include news from our partner project in these, we might as well publish the Encyclopaedia Britannica”. So here’s all that happened at Parachute from 4-Sept-20 to 1-Oct-20 –

Cap took inputs from Parachuters on what ParJar's web interface could look like: "...what would you expect it to look like/ what would you think you could do?". Some pretty engaging conversations ensued. Plus, click here for a lowdown on the latest at ParJar. A common recurring question that comes up is #WenMarketing, #WenHype, #WenShill. Cap shared his thoughts on it with a detailed post. Congratulations to DeFi Pie for winning last week’s community poll. $PIE is now listed on ParJar. Yum! We are super excited for the Social Liquidity Pools just like the Sentivate fam. $GEEQ was listed on ParJar this week as well. Another war of the titans this week with a community vote going up for listing $OM (MANTRA DAO) v/s $DIA (DIA) v/s $STAKE (xDai Stake). $PAR is now spendable in WednesdayCoin’s Wednesday Club dApp. Woot! Darren's Friday MEGA TRIVIA saw 800 $PAR being given away to winners. Saweet! After Parachute Fantasy Football, the Parachute Fantasy Premier League is back as well. Chris announced the start this week. 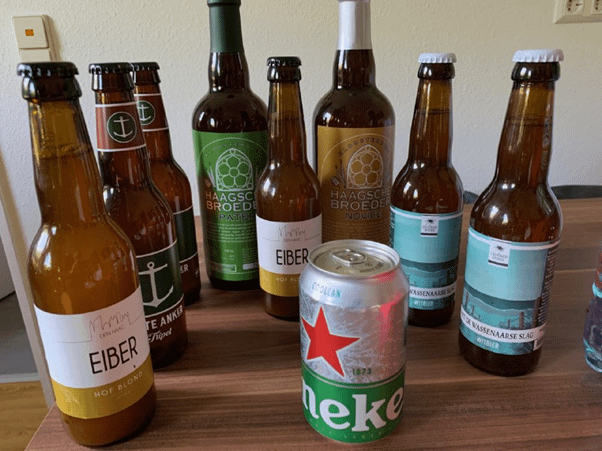 The Parachute Beer Exchange has been pretty darn sweet for Markus courtesy of CF. Hic! 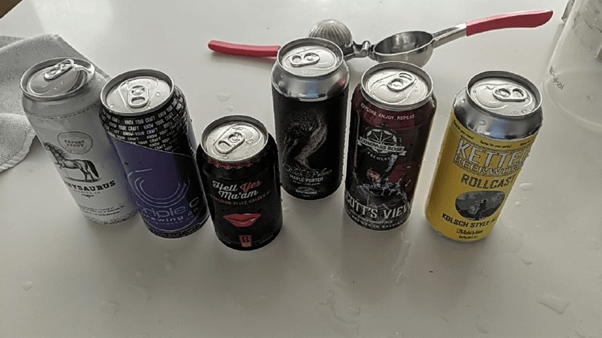 Not a bad haul for Iceman either thanks to Hang

Ivan (from Ivan On Tech) covered Parachute in his latest video. Thank you for the shoutout. The beta testing crew at Parachute (Unicorns) moved into test-mode to check out the upcoming pooling feature in ParJar this week. This was immediately followed by Uniswap Liquidity Pooling going live in ParJar. Now put your Ethereum assets into Uniswap pools directly through ParJar. This is amazing! Liquidity Pooling is just the precursor to Social Liquidity Pools. Not sure how adding liquidity works? Here’s a video tutorial from Cap. Did you receive any recent airdrop through ParJar? Then you may have noticed a custom message at the end. Shawn’s always making these little tweaks to make the ParJar UX better than ever. CF has been crushing it at the socials which has led to some interesting eyeballs on Parachute. Plus, cool video coming up, folks. Stay tuned! 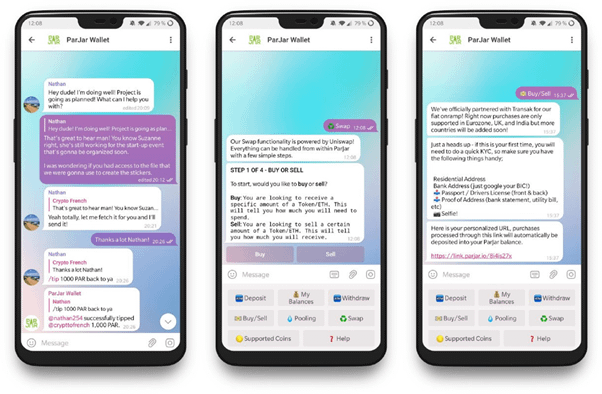 Following last week’s closely fought community vote, both xDAI’s $STAKE token and MANTRA DAO’s $OM token were listed on ParJar this week. That’s right. 10k votes and two heavy hitters in one week. Saweet! Plus, the biggest hitter of them all, Unsiwap’s $UNI token was listed too. If any of you are following the Big Brother show, don’t forget to join Gian’s Big Brother channel to chat with other fans and to catch up if you missed an episode. Gian is also hosting the Parachute Big Brother Contest in there. Entries for the Contest are closed now though. And in retrospect, as I write this weeks later, what a prediction CF! The rumour mills turned out to be true, Clinton. Absolutely spot on. Peace Love’s Saturday Trivia in TTR was a lot of fun as always. Click here for a quick update on the latest behind-the-scenes at ParJar. 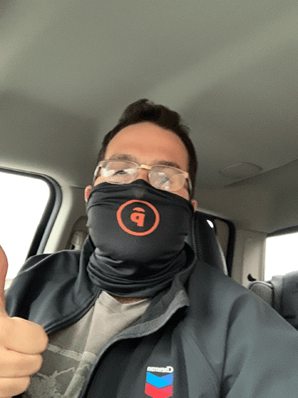 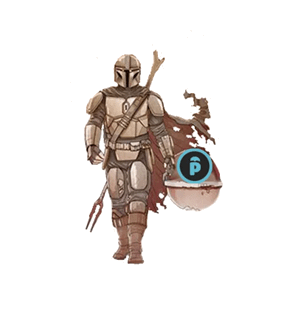 Clinton’s homage to The Mandalorian is now a Parachute sticker. Noice!

The folks at MANTRA DAO put up a sweet tweet and article explaining how to send, swap and pool $OM through ParJar. 4k followers on Twitter crossed. Not a mean feat at all. Awesome stuff, CF! Did you know that 350M $PAR have already been given out to the community through events, contests and other fun stuff? That is 35% of total supply. And there’s so much more to give. Super cool! And if you noticed, Cap made sure to get Clinton added in to the team pic this time around since he missed out in the original version back in December last year. The community chimed in with inputs regarding the next token on ParJar. The Parachute Fantasy Premier League is off to a roaring start with PeaceLove (Yanni) in the lead with 94 points. Thanks for the update LordHades! Darren’s Friday Mega Trivia in Tiproom had folks scratching their heads for a shot at the cool $PAR prizes. 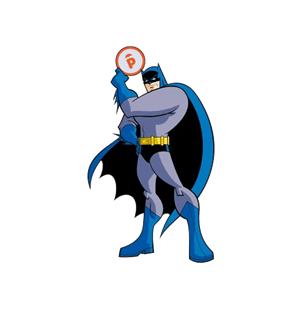 Clinton made a new Parachute sticker for Batman Day 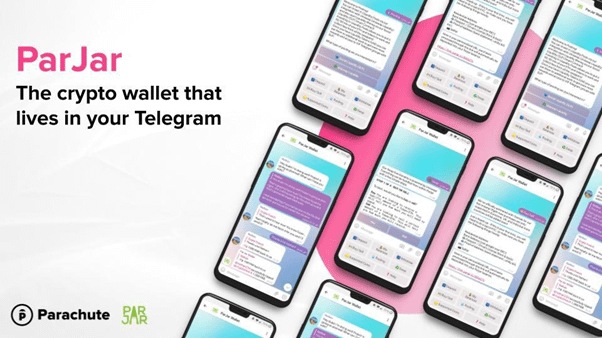 Iceman posted a detailed overview of how Social Liquidity Mining/Pools, rewards etc. in ParJar could look like. Plus, reward tiers for the $SNTVT (and $PAR) Social Liquidity Pools were also published. Read all about them in the official SLP Announcement article. Sentivate crew put up a detailed guide for their pool as well. Don’t forget to share in this tweet’s replies which other project you would like to see having its own Social Liquidity Pool on ParJar. The ParJar swap feature has so far seen 1000 swaps which covered 60M PAR, 2000 ETH and more. Read more behind-the-scenes updates like these by clicking here. Alexis has now unseated Yanni from the top spot in the Parachute Fantasy Premier League as per the game week 3 update shared by LordHades. Naj hosted a Friday TTR Trivia on Animals & Plants with an 800 $PAR prize pot. GamerBoy’s Random Gk Trivia in Tiproom was super fun as well.

That is some sweet pickings from the Parachute Beer Exchange, Alexis! Package courtesy: MWMaehlisen

Doc Vic (from Cuba) shared pictures from the place where he has been working lately. Friggin paradise 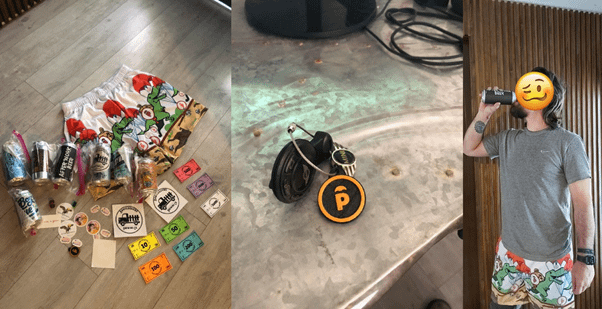 Bountiful harvest in the Beer Exchange by Sebastian courtesy of Jason. Looking good Sebas! P.S. The Mini wasn’t part of the package

And with that, September 2020 @ Parachute/ParJar came to a close and we are all caught up with the last month as well. Next up will be the October update in a few weeks from now. See you then!

This article is a repost of our monthly update post.

ParJar is the instant, no fee way for people to share their favorite Cryptocurrency in Telegram group chats.