First of all, I wanna grateful to @Adelon for giving us an awesome opportunity to seize a few 1up and refreshing our vintage formative year memories.

Everyone is glad to consider their childhood memories;

Sports are very crucial to preserve us wholesome. It relieves pressure and despair. It improves our temper. If we're laid low with anxiety, gambling sports activities make us feel refreshed. It motivates us. They supply us with a good night's sleep and prevent us from gaining weight. No one denies their importance.

When we are children there is definitely a game of our choice in our lives for which we are very crazy. So at that moment a passion is created in our heart and sometimes that game becomes our dream. And we try to make that dream come true. Just as there is a favorite sport in everyone's life, there was one or two favorite sports in my life that is still my favorite. But now that my childhood is over, this game is the only one we used to play in childhood.

My goal in sharing all of these games is to share my old cultural games with you guys. In all these games are two favorite games of my childhood.

1: Pahal Dodge; One was my favorite game.

3: Ankh Machuli; Secondly it was my favorite game.

The popularity of the popular local games played in the street coaches has not diminished much in the past, but even for the last 25-30 years, these games have been very popular among the children and adults of the neighborhood.

On the one hand, these games did not cost anything or very little was spent, on the other hand, these games created an atmosphere of competition. They played an important role in building relationships and building trust in children. These games also led to physical exercise and had a positive effect on the mind.

These games were at their peak during the school holidays. The mothers were busy with household chores and cooking and the children spent all their time in these games. Here are some of the popular games on this platform: 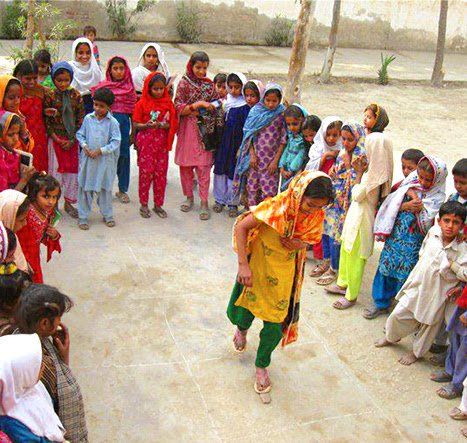 Pahal Dodge: Pahal Dodge was a popular sport until about 25 years ago, when girls usually played with their friends or alone. All that was needed for the game was a chalk, a kite, and a small rectangular piece of land six to eight feet long.

The girls would first sweep the ground in such a way that it would glow and then with the help of chalk they would make an outline in the shape of a long rectangle of this game, in which two to one, two to one for one to eight numbers. And make two boxes. At the same time, a small geometric shaped piece of iron, called a cut, was tossed or thrown into the boxes, which were lifted by jumping barefoot in the boxes and bouncing back to the starting point. So that the next number can be accessed.

For this purpose, a compound word "hop" is used in English. If the tossed kite or the player's foot touched the outline of the chalk boxes or the kite fell out, the player would lose his turn. 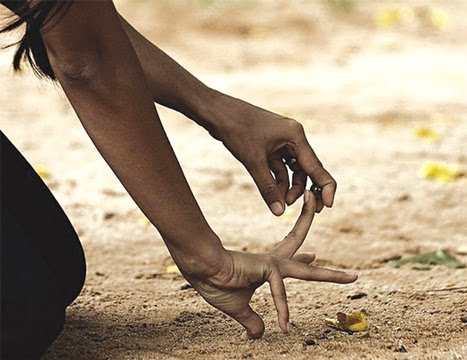 Kanche: Also called Kanche, Bante and Goli. These were hard, small round and beautiful colored tablets made of glass. The game required a few bullets and a small hole in the ground.

The game was played in such a way that the player would first scatter the bullets on the ground and then alternately place his thumb on the ground, aiming at the second bullet lying some distance away, aiming and then his middle finger and With the help of the finger of the other hand, he would hit him so that the bullet would go into the hole made in the ground. That's how the player would collect the bullets. Like other sports, it was played between two or more players. 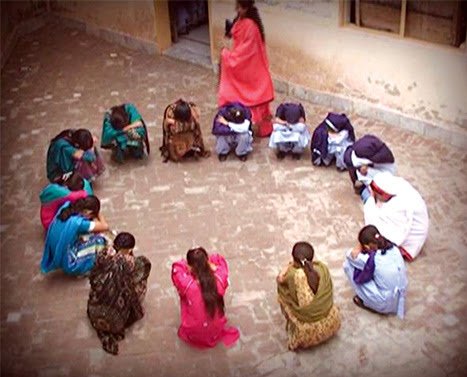 Ankh Machuli: This mischievous game can also be called a home game, which all the children and adults of the house could play together at home. The method of the game was that the players would choose a person from among themselves, who would be blindfolded. He had to catch one of the other players. The other participants defended themselves around the player and did all sorts of mischief. 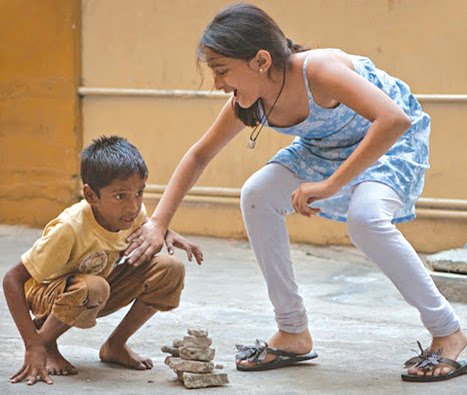 Patu Garm: It was a very popular sport in the streets of villages and cities, usually played by two teams of different boys. By the way, the number of boys was not specific. The game consisted of a tennis or rubber ball and small pots of pottery and pots that could be placed on top of each other in such a way that they looked like a small tower. When the ball was not available, the boys used to make a paper ball with the help of a rubber band.

The game begins with the tower being knocked down by a ball from a distance and then rebuilt. But in the process of rebuilding, both the teams would continue to hit each other hard with the ball and avoid this blow and no one would be given a chance to rebuild the tower. When a player tried to build a tower, the opposing team would hit him hard with the ball until he ran away. In the end, the team that built the tower would win. 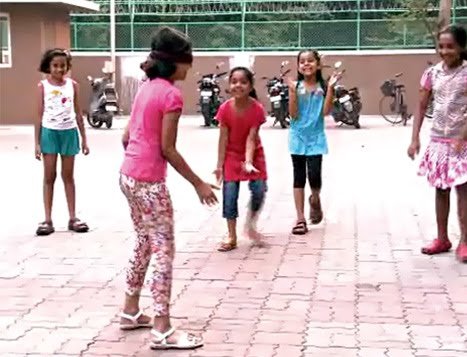 Kho Kho: This is actually a game made by the British which they used to call Go Go. The game was very popular among the girls, which, like other sports, was played by two teams in their home, school yard and street coaches. In this game, a long horizontal line was drawn with the help of chalk, round circles were made on both sides and in the middle for the players to stand. For example, if there are five players in a team, four circles will be formed and only the fifth player can run to catch the players of the opposing team.

In these circles the players stood facing each other, ie one facing west and the other facing east, but this fifth player was not allowed to cross this horizontal line.

For this purpose he had to make a circle, but the players of the opposing team could cross this horizontal line to save themselves and go to the other side. Kar could have put the opponent behind the player of the team, but he himself had to stand in that circle.

THANKS @adelan for this great contest

Click Here to be a part of the contest

All screenshots from google

Mem @Kubra Khan You have shared an excellent post with us on this platform. You have refreshed our old memories by sharing the old cultural games of Pakistan with us. Today's kids don't play these sports & games, most kids play games in mobile.

And my best wishes to you and to your post

You spent your childhood with beautiful way dear

In Sha Allah you'll  get  Success

Thank you for your prayers dear

these feelings are looking exquisite

Wow you have reminded me my childhood..

You have well explained all indoor local games..

I have also played these games..

These games are not played by today's children, we used to play these games in our childhood. And today's kids don't even get to watch this game play.

Yes exactly.. They are not even aware of such games which we play in our childhood

Wao 😍 it just took me back to my childhood days. We used to live in a combined family and there were alot of cousins of my age so i was able to play all the games even if they were specifically for girls. 😂 That was a wonderful time. ❤️

Engage with all topics about Sports. Goooo Sports!