Gambling Movies: How Accurate Are They?

Gambling has been depicted in all kinds of Hollywood movies over the past few decades. But when you see characters gambling in a movie and winning millions, how accurate is this? And can these types of things happen in real life?

Generally, the reality of gambling depictions in movies depends on the specific movie, because, believe it or not, a number of Hollywood movies which depict gambling are actually based on true stories.

This movie is based off of the true story of a bunch of MIT students who formed a blackjack club to pay their way through college. Sound far-fetched? A bit, but in general, the plot depicted in the movie is true, as the college students really did use card counting techniques to win money.

However, when one of the students, Jeff Ma, was interviewed after the movie was filmed, he admitted that Hollywood had actually changed a lot of the details. Although the general plot is the same, Jeff says what he remembers is not nearly as glamorous as Hollywood predicted. But it makes sense, as a bunch of math nerds counting cards in a casino doesn’t sound that interesting. 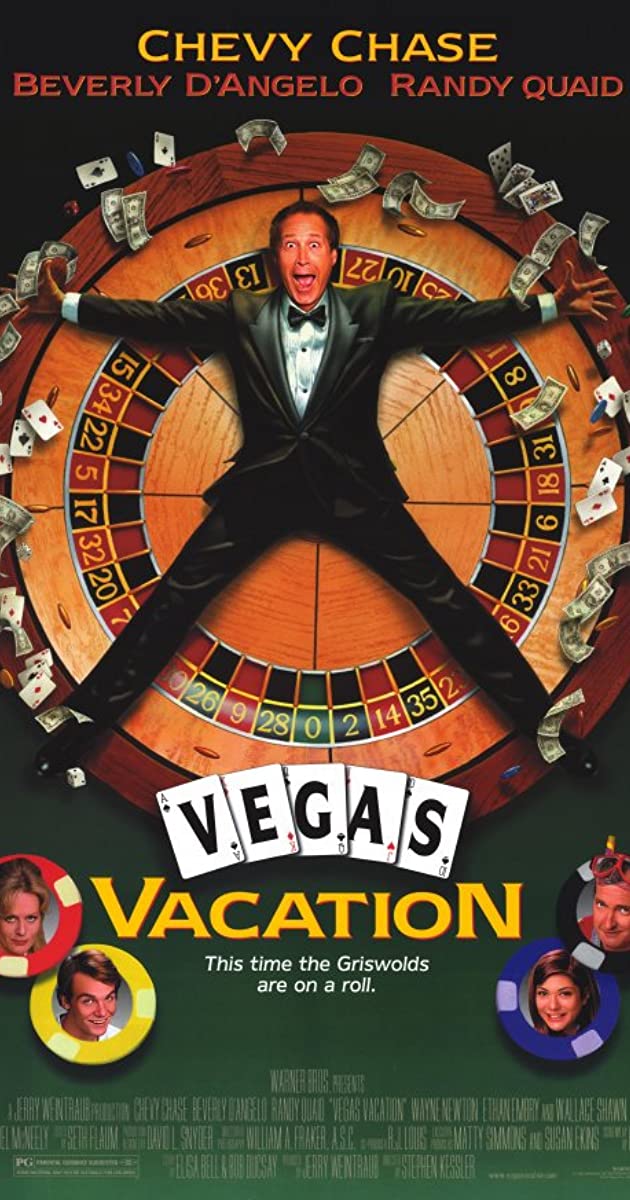 This Chevy Chase depiction of Vegas in Vegas Vacation is a wonderful time-piece as the city of Las Vegas no longer has a number of the locales featured in the film. And it was released as a piece of fiction—its producers weren’t even trying to make it sound like a real story. But as for the gambling, is it realistic?

Well, yes and no. When Chevy Chase’s character is down on his luck while playing blackjack, he takes the last of his cousins’ money and goes to play rock-paper-scissors, war, pick-a-number, coin toss, and guess which hand. While war is a current casino offered game, what about the rest?

Well, interestingly enough, rock-paper-scissors used to be a game offered by casinos but generally disappeared sometime over the course of the last twenty years. If it was a real game when the movie was filmed, it’s hard to say. As for pick-a-number, this is most definitely not a real game on the casino floor…unless you consider roulette a “pick-a-number” game then maybe it is.

Coin toss and guess which hand, are not official casino games. However, you can bet on a coin toss when it comes to sports betting on football games in Las Vegas casinos, so technically guess which hand is the only far reaching game in Vegas Vacation. But historically, guess which hand was a game played by people gambling on the streets so it’s not as if the movie completely made it up.

In the end of the movie Rusty wins an entire fleet of cars using his fake ID. While this is a cool idea, and fun to laugh at after his father’s misfortune, this would never happen in real life. When you win a large prize or jackpot at a casino, it must be registered for tax purposes. They would know when they input Rusty’s social security number that his ID was fake. They also usually have limits to the number of prizes you can win, especially when it comes to things like cars. So, while winning one car could be feasible, there is just no way he would win an entire fleet. But of course, the producer of the movie was going for humor, not realism, so think of it what you will.

Surprisingly, the movie Casino is actually a very close depiction of the real life of Frank Rosenthal. Almost everything in the movie is correct in regards to the man’s life, he really did. He did own casinos which he ran for the mob which was in Chicago. However, in the movie it was called the Tangiers, and in real life Rosenthal owned the Stardust, Fremont, Hacienda, and Marina casinos—so a bit of a change there. And just as depicted, Rosenthal did not have a casino license because he felt it was too risky to apply.

Many of the mob depictions in the movie are actually quite realistic, and all of the deaths were historically correct. As for the casino scenes, these were all shot in the actual Riviera Casino at night, in order to save on production costs. And generally, the gambling depicted is brief, and realistic—for a movie of course. 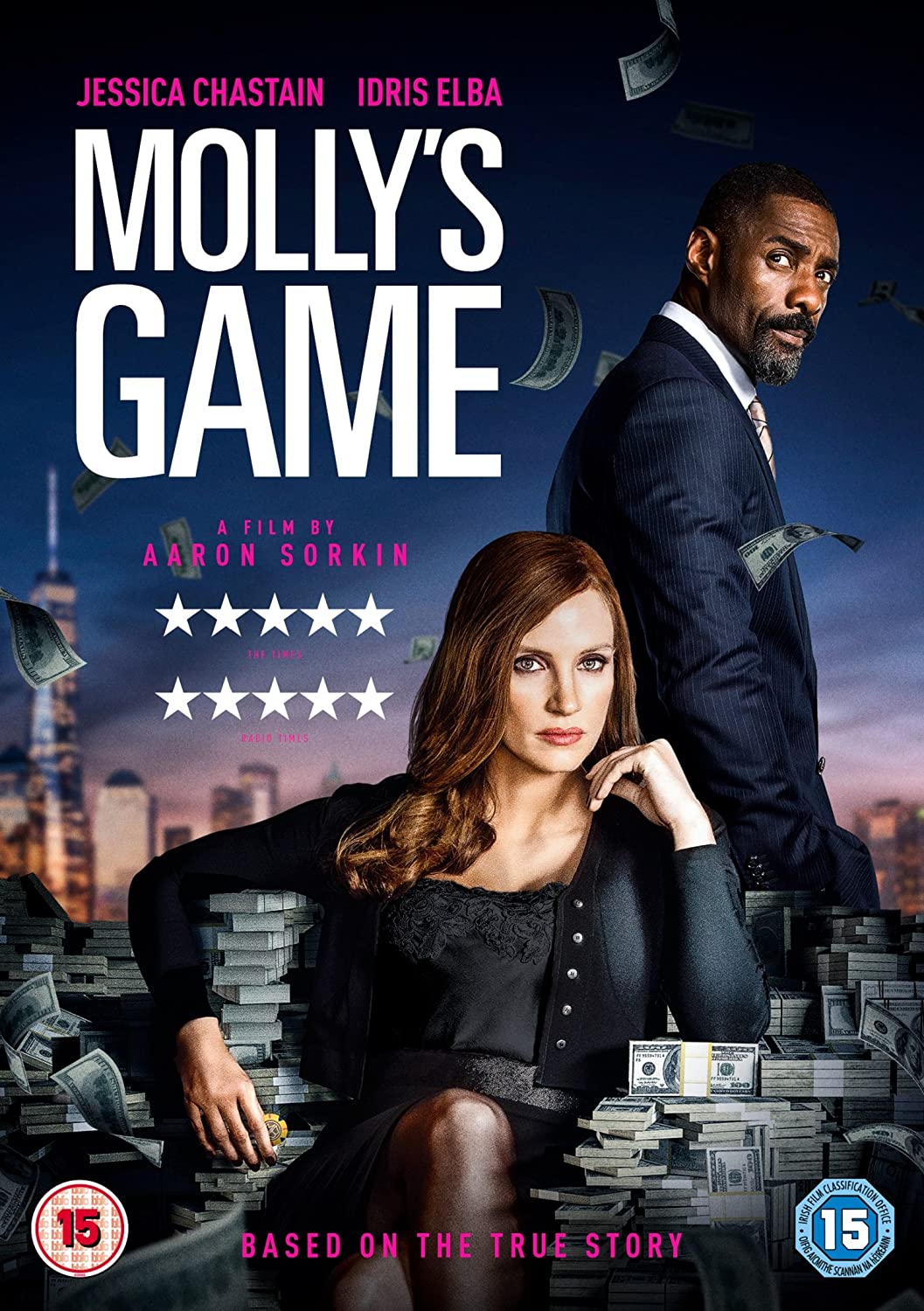 One of the newer movies on our list, Molly’s Game totes the true story title as well. And according to an interview with Molly Bloom herself, Hollywood did a decent job! The back story which depicts the reason why Molly became involved in poker is all true, she really did break her leg while trying to quality for the Olympics. Then she did get a job as a waitress, and she was invited to waitress at a poker game.

This is where the stories divulge a bit, as the names and locations of locales were switched to protect identities of people who weren’t named by name in Molly’s story. But here’s the kicker, she really did make $3,000 her first night from tips working the poker game. That wasn’t a Hollywood exaggeration. Molly also did start her game after she was fired as depicted in the movie.

And just as in the movie, Molly was caught by the FBI and did lose all her money. Her mom really did have to put up her house in order to afford Molly’s legal fees. She really did surrender everything she owned, and came out penniless (and addicted to drugs) in case you were thinking starting your own underground game was a good idea.

Overall, besides the changing of names and locales, as well as the downplay of Molly’s drug addiction, Molly’s Game is a very realistic gambling movie which shows both the dark and light sides of gambling.

Of course, these aren’t the only gambling movies out there, in fact there are likely hundreds of movies which depict some form of gambling. While some of the movies on this list were quite true, note that the two movies which were closest to the true stories (Molly’s Game and Casino) did not end very well. And the movie that did end well, Vegas Vacation, is the one which is entirely fictional. So, in the future, when you come across a gambling movie and wonder how accurate the depictions are, keep that in mind as you draw your own conclusions.

These are all gambling movies that worth been watched and to teach gamblers rules to the game but left to me gambling is not a good exercise thanks for sharing buddy.

Casino stands out from all, movies directors will always throw in their cuts just to glamourize and make it more appealing

I largely agree. That is one of the masterpiece legacies that will truly stand the test of time.

I have watched all the movies above.. All of them were great.. Unfortunately we don't have any kind of movies today.. Those movies had great scenarios and actings..

Casino was my favorite with De Niro, but Molly's game was also perfect..

Definitely, with this publication it is clear that the world of games brings many negative consequences, that is why these types of films show us that this path can be very dangerous and those who take it should be cautious.